Raj Rana is an entrepreneur and property developer in Birmingham, England. Several years ago, he launched a small holiday campaign to promote Itihaas, his contemporary Indian restaurant. Raj and his staff prepared 30 meals to deliver to the local homeless community. As he was out delivering the food, he was quickly struck by the realization of how greatly he had underestimated the need the city had for feeding its homeless.

Birmingham, a city developing at a rapid pace, is flourishing with an unprecedented flow of foreign money in anticipation of both a high-speed train link to London that is currently under construction, and the Commonwealth Games, which the city will host in 2022. However, there remains a significant population of homeless people who lack basic necessities and who have been shifted to outlying communities that aren’t prepared to deal with their needs. Shunned in those communities, they often return to the city, where they face a greater risk for drug addiction, violence, illness, and hunger.

“As a business owner and as a property developer, I’m really excited about Birmingham’s development,” says Raj. As a charitable-minded trustee board member, he’s also very worried for the needy who are often marginalized because their presence does not match the image that the emergent city wishes to project. In response to the need for services, Raj and five other business owners combined their resources and founded Let’s Feed Brum (www.letsfeedbrum.com), a volunteer organization that feeds the homeless of Birmingham.

Let’s Feed Brum has evolved to be more than a charity that feeds the homeless. It’s become a social space where the homeless can connect with one another, share concerns, find clothing, sanitary items, and even accommodations. Whatever the need, Let’s Feed Brum does everything possible to try and fill it. Today, the collective that humbly began with 6 people, now has 300 people volunteering 6 days a week. Itihaas alone prepares 150 to 200 meals for them every day.

Volunteers work on-site at the food distribution spot and take “walkabouts” where they explore the city, carrying bags of hot food, soups, tea, and coffee, seeking those who may have found a safe place to sleep, but are reluctant to leave and risk losing their secure spot. Let’s Feed Brum delivers to them to ensure they don’t miss out on meals.

Raj, admittedly, used to be indifferent toward the homeless. “That’s how society is,” he says. “We block them out because we want to ignore them because we can’t do anything about them.” Yet, he ultimately experienced a transformation. Upon creating his program, he says, “My life changed forever. I could never be the same person that I was since that first night I went out. I became emotional. I became grateful. Everything around me looked, felt, and tasted better,” he says. “I always say that once somebody volunteers with Let’s Feed Brum—or any charity like this—it becomes an innate part of you…. You’ll become a changed person.”

With his new perspective on being of service to his community, Raj was able to offer help so that others might change themselves. When he met Rudy Wilczynski, Raj recognized someone who was ready to break free of his personal challenges. Rudy, an immigrant from Romania who has a master’s degree in particle physics, came to the UK in 2008 in search of work to support his family. Lacking resources, he struggled to find a job and found himself homeless, addicted to heroin, and without purpose. As a recipient of food from Let’s Feed Brum, Rudy always helped the volunteers any way he could. “Rudy would come straight to my car. He would greet me,” remembered Raj fondly. “His way of saying ‘thank you’ was, ‘I’ll help you offload your car. I’ll carry these bottles of water if you carry the tray of food.’ So, I ran with his momentum.”

Raj saw potential and offered Rudy a position at Itihaas. Now, three years later, Rudy is Itihaas’ Assistant Chef. “I didn’t create Rudy,” maintains Raj, giving due credit to Rudy himself. “Rudy was the one that was desperate to break through. I just chipped away at the edges. Rudy was like a half-made sculpture. So, he found hope through Let’s Feed Brum.”

As Raj sees it, the recipe for Rudy’s success was fairly simple: “Through hope, he found an opportunity through me. What I’ve learned now is, as long as a man has some kind of hope, some kind of focus, some kind of reason, he’ll find that path if he’s strong enough. All we do is help remind him of his reason and help find that path and help find that support.” Ben Rafiqi, co-founder of Let’s Feed Brum, shares the same perspective. “Don’t look at people from the outside, but believe that inside that person there’s just a diamond waiting to be polished,” Ben says. “And don’t we want that for ourselves and for each other?”

Raj hopes his program will continue and the concept take hold and spread to cities beyond Birmingham: “I would love Let’s Feed Brum be my legacy that carries on.” And his advice on turning such dreams into reality? “Lead by example. Go out on the streets, start serving. But then find other businesses, other restaurants that you can inspire, that you can connect with. You’ll find that when you’re out there leading by example, others will jump on board.” 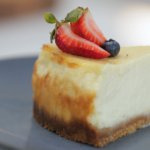 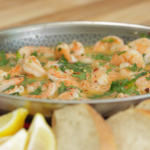 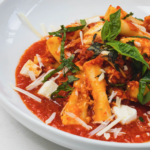 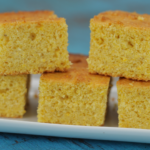