Living Proof: Chef Michael Lachowicz’s Journey from Rock Bottom Back to the Top

Chef Michael Lachowicz knows he’s lucky to be alive. Eight years ago, on Saint Patrick’s Day, he made a life-changing decision to get clean after years of drug and alcohol abuse had taken their toll.

He was operating a 3-star restaurant when he hit bottom. “I was laying on the floor of my condo surrounded by carry-out wrappers and rotting food. I was crawling along the floor looking for pills behind the couch because my guy didn’t show up. And I was so heavy.”

At the time he weighed 432 pounds and could barely move. Enough was enough. He googled rehab and called one of the first numbers he found.

“Somebody answered the phone at 2 o’clock in the morning, this guy named Jim. I’ll never forget it.”

And so began Michael’s journey to sobriety. “I think Michael came in knowing the life he was living was unsustainable,” said Jeff Zacharias, Clinical Director and President of New Hope Recovery Center in Lincoln Park, IL.

Like many high-profile chefs, Michael was living out his childhood dreams before things went south. He first found himself in the kitchen at age 3, peeling potatoes in his grandfather’s small family restaurant in Chicago. As a young teen, he worked at a hotel, and at 17 enrolled at the prestigious Culinary Institute of America in New York.

For two years, Michael studied under Chef Maxime Ribera, a member of the Maître de Cuisinier de France, before returning to Chicago for a three-year stay at Le Francais in Wheeling, IL.

During this time, Michael developed a deep love for French cuisine. He eventually traveled to France for 6 months to study it in depth and explore the country.

Upon returning to the U.S., Michael served as Chef de Cuisine at the Highwood restaurant, Allouette. Then he and his brother decided to open the highly regarded Les Deux Gros, in Glen Ellyn, IL.

Les Deux Gros received multiple awards, including four stars and Restaurant of the Year in 2002 from the Chicago Sun-Times. They received three and a half stars and “Chef to Watch” from the Chicago Tribune, three stars and ranking of number 11 out of 20 in the top restaurants from Chicago Magazine in 2002.

With all the success, Michael was firing on all cylinders. But the long days and intense nights were hard to maintain, and his increasing weight caused tremendous pain throughout his entire body. He began numbing it out with alcohol, and soon added pills to the mix.

“I was on pills. My pill of choice was Norco. And Oxy. And then I found that the more alcohol I added to the mix, the more potent the pills were.” Meanwhile, all the adulation from his restaurant’s success only made him crave more. More attention, more food, and more drugs.

Jeff Zacharias added, “Often people want to change – they want to stop what they’re doing. But they’re so fearful of what that would look like. For so long a person has had a relationship with their substance, their alcohol or their behavior. It’s the thing they know they can turn to that’s not going to reject them.”

Michael’s staff felt the impact of his choices and resulting behavior long before he did. “My staff turned over more than 10 times. I couldn’t keep anyone around for long,” he said. And those who did stick around were terrified he would drop dead at any moment.

Shortly after starting rehab, Michael joined a health club and got a trainer, doing CrossFit four times a week. He also got serious about his diet, and the focused effort paid off. He lost an astounding 200 pounds and has kept it off for over 8 years.

Michael’s life and career has really flourished since making a solid commitment to sobriety. He currently owns two restaurants – Restaurant Michael in Winnetka, which includes George Trois, a 20-seat tasting menu room within the restaurant. He also re-married.

But staying sober isn’t easy, not even now. “The biggest challenge is making time for meetings and the fellowship I practice in.”  Michael also makes a consistent effort to always be present with friends and family. “They support me unconditionally and sometimes without me even asking, and the ways in which they do so are innumerable – I can’t count.

“Routine is the key for me – I eat the same thing every day, pre-portioned and on a weekly basis it changes. I don’t need dietary excitement anymore, I need dietary stabilization. I give myself a free day every week so I don’t feel like I’m depriving myself.”

Michael’s commitment to fitness also revolves around a steady routine. He continues to work out with his CrossFit trainer four times a week and does one additional day on his own.

His biggest inspiration to remain sober is simple. “A healthy fear of where I came from and where I never want to be again.  And most importantly, a wonderful wife who never met that guy.

“Looking back eight years ago, I wouldn’t change a thing. Everything I experienced I can use now to possibly help someone else if they’re willing to be helped.” 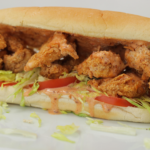 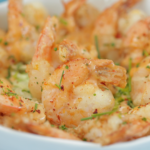 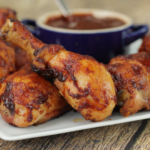 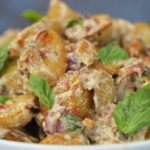 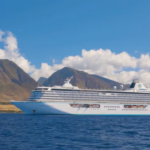 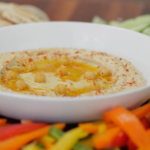